BIOGRAPHIES:
The Softones can claim the joy of growing up in households where music was an integral part of the family culture. In all cases, their initial music training came from a family member and each of their steps into the art of music performance was supported and actively encouraged, initially by their parents and later by their spouses and children.
Ed Breitkreutz - Band Leader, Accordion, Organ, Vocals, Composer, & Arranger
Ed is the Leader of the Softones. He never took any formal musical training, learning to play the Accordion by ear at a young age. While music was always a part of his life, he got into full swing when "The Softones" originally began in 1964 - also performed with a local gospel group called "The Four Left Pockets". Ed is a prolific composer. He is responsible for all compositions and arrangements on their Gold Award Album "Melodies From the Heart" as well as the album "My Love For You" and their theme song "Dreams Come True" which is being played in 52 countries around the world.
Lydia Breitkreutz - Vocals
Lydia, being Ed's wife has been busy with "The Softones" from the very beginning. A supporter-helper-bookkeeper-works with the Sound System and doing a lot of "behind-the-scenes" stuff that needs to be done. Now she is using her singing - and entertaining - abilities in their Secular as well as their Gospel Singers performances. 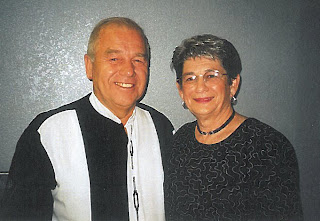 Kay Ferrin - Saxophone & Vocals
Kay began his training on the Saxophone when he was eight years old. He formed his own dance band at age 16, then went on to four years with the U.S. Air Force Band. He received a bachelor's degree in music education and then taught band for 25 years. After he retired, he met "The Softones" and has been playing with them since 1992.

Roy Warnke - Guitar & Vocals
Roy started playing Guitar at the age of 12. He has played with numerous bands over the years from Rock & Roll to many Western Bands. Roy spent 10 years in the militia, and for over 20 years as an Electrician. This took him away from Guitar playing but not for long, as he returned to playing at Senior Homes as well as for dances. A change came into his life when he became very busy with "The Softones" as the Guitar Player and Singer in their Band as well as their "Gospel Singers" group. 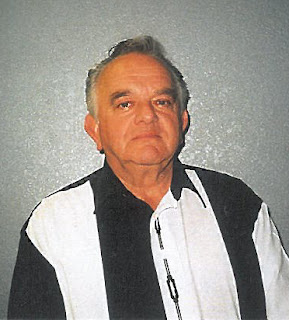 
What We Have Done and Achieved: